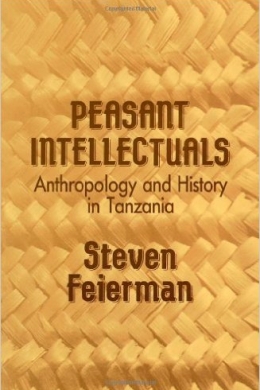 Scholars who study peasant society now realize that peasants are not passive, but quite capable of acting in their own interests.  But, do coherent political ideas emerge within peasant society or do peasants act in a world where elites define political issues?  Peasant Intellectuals is based on ethnographic research begun in 1966 and includes interviews with hundreds of people from all levels of Tanzanian society.  Steven Feierman provides the history of the struggles to define the most basic issues of public political discourse in the Shambaa-speaking region of Tanzania.  Feierman also shows that peasant society contains a rich body of alternative sources of political language from which future debates will be shaped.