The Making of a Social Disease: Tuberculosis in Nineteenth-Century France 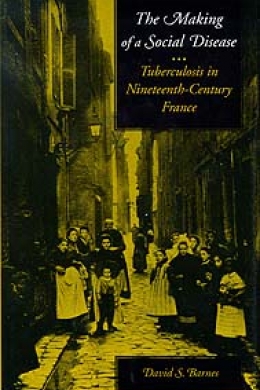 In this first English-language study of popular and scientific responses to tuberculosis in nineteenth-century France, David Barnes provides a much-needed historical perspective on a disease that is making an alarming comeback in the United States and Europe. Barnes argues that French perceptions of the disease--ranging from the early romantic image of a consumptive woman to the later view of a scourge spread by the poor--owed more to the power structures of nineteenth-century society than to medical science. By 1900, the war against tuberculosis had become a war against the dirty habits of the working class. Lucid and original, Barnes's study broadens our understanding of how and why societies assign moral meanings to deadly diseases.