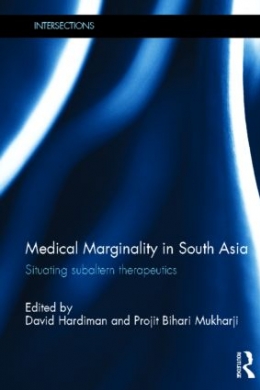 Examining the world of popular healing in South Asia, this book looks at the way that it is marginalised by the state and medical establishment while at the same time being very important in the everyday lives of the poor. It describes and analyses a world of ‘subaltern therapeutics’ that both interacts with and resists state-sanctioned and elite forms of medical practice. The relationship is seen as both a historical as well as ongoing one.

Focusing on those who exist and practice in the shadow of statist medicine, the book discusses the many ways in which they try to heal a range of maladies, and how they experience their marginality. The contributors also provide a history of such therapeutics, in the process challenging the widespread belief that such ‘traditional’ therapeutics are relatively static and unchanging. In focusing on these problems of transition, they open up one of the central concerns of subaltern historiography. This is an important contribution to the history of medicine and society, and subaltern and South Asian studies.