The History and Poetics of Scientific Biography 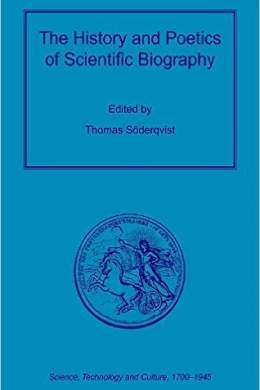 Biographies of scientists carry an increasingly prominent role in today's publishing climate. Traditional historical and sociological accounts of science are complemented by narratives that emphasize the importance of the scientific subject in the production of science. Not least is the realization that the role of science in culture is much more accessible when presented through the lives of its practitioners. Taken as a genre, such biographies play an important role in the public understanding of science. In recent years there has been an increasing number of monographs and collections about biography in general and literary biography in particular. However, biographies of scientists, engineers and medical doctors have rarely been the topic of scholarly inquiry. As such this volume of essays will be welcomed by those interested in the genre of science biography, and who wish to re-examine its history, foundational problems and theoretical implications. Borrowing approaches and methods from cultural studies and the history, philosophy and sociology of science, the contributions cover a broad range of subjects, periods and locations. By presenting such a rich diversity of essays, the volume is able to chart the reoccurring conceptual problems and devices that have influenced scientific biographies from classical antiquity to the present day. In so doing it provides a compelling overview of the history of the genre, suggesting that the different valuations given scientific biography over time have been largely fuelled by vested professional interests.