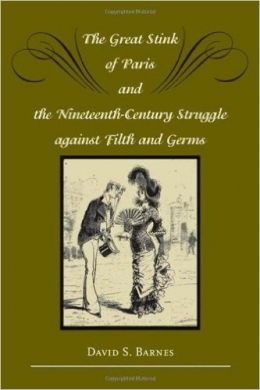 Late in the summer of 1880, a wave of odors emanated from the sewers of Paris. As the stench lingered, outraged residents feared that the foul air would breed an epidemic.

Fifteen years later—when the City of Light was in the grips of another Great Stink—the landscape of health and disease had changed dramatically. Parisians held their noses and protested, but this time few feared that the odors would spread disease.

Historian David S. Barnes examines the birth of a new microbe-centered science of public health during the 1880s and 1890s, when the germ theory of disease burst into public consciousness. Tracing a series of developments in French science, medicine, politics, and culture, Barnes reveals how the science and practice of public health changed during the heyday of the Bacteriological Revolution.

Despite its many innovations, however, the new science of germs did not entirely sweep away the older "sanitarian" view of public health. The longstanding conviction that disease could be traced to filthy people, places, and substances remained strong, even as it was translated into the language of bacteriology. Ultimately, the attitudes of physicians and the French public were shaped by political struggles between republicans and the clergy, by aggressive efforts to educate and "civilize" the peasantry, and by long-term shifts in the public's ability to tolerate the odor of bodily substances.

This fascinating study sheds new light on the scientific and social factors that continue to influence the public's lingering uncertainty over how disease can—and cannot—be spread.