Back to the Breast: Natural Motherhood and Breastfeeding in America 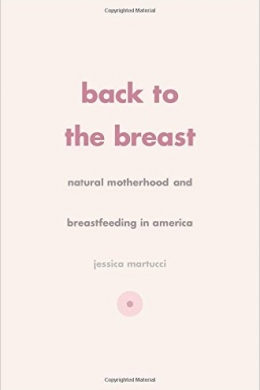 After decades of decline during the twentieth century, breastfeeding rates began to rise again in the 1970s, a rebound that has continued to the present. While it would be easy to see this reemergence as simply part of the naturalism movement of the ’70s, Jessica Martucci reveals here that the true story is more complicated. Despite the widespread acceptance and even advocacy of formula feeding by many in the medical establishment throughout the 1940s, ’50s, and ’60s, a small but vocal minority of mothers, drawing upon emerging scientific and cultural ideas about maternal instinct, infant development, and connections between the body and mind, pushed back against both hospital policies and cultural norms by breastfeeding their children. As Martucci shows, their choices helped ideologically root a “back to the breast” movement within segments of the middle-class, college-educated population as early as the 1950s.

That movement—in which the personal and political were inextricably linked—effectively challenged midcentury norms of sexuality, gender, and consumption, and articulated early environmental concerns about chemical and nuclear contamination of foods, bodies, and breast milk. In its groundbreaking chronicle of the breastfeeding movement, Back to the Breast provides a welcome and vital account of what it has meant, and what it means today, to breastfeed in modern America.